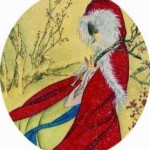 A classic Chinese Buddhist temple is typically a building complex consisting of several courtyards as shown in the illustration below.

The first is the entrance building, known as Mountain Gate (山门), with a square in front and three gates that represent the doors to freedom from three constraints.

The three constraints are generated by our obsessions with a temporary self-identity, with a fixed perspective and with the elusive world manifested from our own thought.

In the dawn, the monks on duty strike the bell then the drum; and in the twilight, the order is reversed.

In the next courtyard is the Hall of Celestial Kings (天王殿), which is a place paying tribute to some powerful and distinguished figures in the universe, including the current king of six Desire Heavens immediately above the terrestrial world. These celestial VIPs have a close affiliation to Buddhist enlightenment programs run on earth in the human domain.

The building in the next courtyard is the centrepiece of the temple: The Great Treasure Hall (大雄宝殿).

The hall can have up to ten columns in its width to make 9 sections of space, and six columns deep to make 5 spatial sections, as 9 and 5 are the most prestigious numbers in the universe according to the Daoist concept, which is the theoretical foundation of traditional Chinese science and technology, including city planning, building design and construction engineering.

The statues in this hall are the most prominent Buddhist characters – Sakyamuni is normally sitting cross-legged on a tolus in the middle. Beside him, one is his teacher and another is his successor Maitreya who is scheduled to be incarnated into this world as the next Buddha.

At least four Bodhisattvas, who are said to be most relevant to the human world on earth, are also presented in the hall, namely Guanyin (Avalokitesvara) for compassion, Wenshu (Manjusri) for wisdom, Puxian (Samantabhadra) for cultivation endeavour, and Dizang (Kṣitigarbha) for universal salvation.

There are four Buddhist mountains in China devoting to the four Bodhisattvas: Island Putuo (普陀山) near Shanghai for Guanyin, Mt Wutai (五台山) in Shanxi for Wenshu, Mt Emei (峨眉山) in Sichuan for Puxian and Mt Jiuhua (九华山) in Anhui for Dizang. Allegedly, these mountains are frequented by the associated bodhisattvas from time to time.

However, one thing is certain, you will never know they are bodhisattvas when you encounter them, even if they are not directly transformed into human appearance by qi but born by a woman, as it is how things work in the universe that is not a dark forest but operates according to certain rules and orders. Therefore anybody who claims to be the reincarnation or earthly embodiment of such figures is no other but a fraud con artist.

A Buddha statue in the main hall of a 1000-year-old Buddhist Temple Dulesi (独乐寺) in Shanxi Province.

A cross section of the main hall in a 1000-year-old Buddhist Temple Dulesi (独乐寺) in Shanxi Province, drowned by one of the greatest Chinese architects Liang Sicheng (梁思成) in 1927.

soxfan1957: Interesting there is so much English on it. Sometime says the document is not as old as it looks.

Christopher Graham: the temple is old, not the plan

All Things Chinese: Liang Sicheng and his wife Lin Huiyin, also a great Chinese architect and the designer of China’s National emblem, spent decades surveying and recording by way of architectural drawings most survival heritage public buildings even during the WWII when Japanese attacked and invaded China.

When they did this job, they had no plan to renovate them but just wanted to bear witness to ancient treasures.

It was only since the 1950s after China is reunited and peace returns, most historical buildings, including Beijing Forbidden City, underwent major renovations, with Liang Sicheng being the leader of the projects.

chong cen: Great job done by them. Salute. Didn’t the Americans stole our Can Do and Just Do It spiritual Right, I wonder….😁😁😁

All Things Chinese: Hummm, to be fair, Americans were pretty creative and resourceful in the 19th and the 20th.

Mile HsiangYang: Yes. AMERICANS were CREATIVE in The 19th + 20th Centuries. But Somehow, They seem to have LOST Their MOJO 😐😐😐😐😐

All Things Chinese: When the Soviet Union lost the Cold War, the seed was sowed. That’s how the yin-yang achieves dynamic balance.

Fate could be changed if the winning group know how to restrain themselves and compensate the losers. But instead, they keep increasing their winning margin.

The End of History and the Last Man reads like a death penalty for his adopted country. I’m not sure if he is sent by fate to take revenge on the behalf of the nation nuked.

Clinton’s era is the climax. The climax is a dangerous point, beyond which is a downward journey.

Which is why Lao Tzu emphasised yin-yang balance and Confucius advocated the Middle Course of Moderation. It’s the secret to sustaining the existence of the universe and to the longevity of Chinese civilisation.

Since the beginning of the 21st century, a downhill process for the winner has been activated. The rest is history.

Arhats are said to be the ones who have attained nirvana, which means they have freed from their obsession with illusions. However, they are yet to be the master of their world as they insist to break away from all impressions and keep disengaged with any manifestation.
The Houses of Arhats (罗汉堂) are normally located at the sideways of the courtyard in a big temple and often the places where you can view the best ancient Chinese sculptures.

A Sutra Room (经堂) in Chinese Buddhist temple is a place where full-time cultivators (monks) and part-time followers study sutra and discuss their cultivation endeavours.

Daoism, Confucius and Han-tradition Buddhism are the three foundations of Chinese civilisation. Confucius is a social science focusing on the relationships between individuals, between individual and his family, his community and entire humanity, Daoism is a natural science exploring the causes, the driving forces, the structures, the rules and the full picture of the universe, while genuine Buddhism is the art of mind and consciousness, helping us go beyond the universe to arrive in the True Reality then return to craft the world as an author.

Like Confucius and Daoism, Chinese Buddhism (Han Buddhism) is not based on blind faith and requires no absolute submission. Quite the contrary, it urges you to investigate who you are, where you came from and how you are going to end up beyond this life.

You can’t find these answers through endless prostrations in front of a temple, mindless kowtows before a statue and countless turning of a praying wheel. You’ll need to study Buddhist classics, join group discussions, contemplate through medication and practice in real-life situations.

Jose Moron: What is the difference between a monk and a Buddha?

All Things Chinese: Buddhas are fully enlightened consciousness, while Buddhist monks are full-time cultivators towards that goal.

Simply put, Buddhas are graduates and monks are students.

The graduates may work elsewhere or return to the university as teachers.

Lecture Hall (法堂) is where veteran cultivators (senior monks) explain their understanding of the Buddhist classics, offer instruction on meditation techniques and share their personal experience and progress in cultivation.

The paths, methods and techniques to achieving nirvana and beyond are clearly explained in detail in the time-honoured Buddhist classics, namely Complete Enlightenment, Discourse on the Stages of Yogic Practice and Surangama Sutra.

Library in a Chinese Buddhist temple is a place where full-time and part-time cultivators can gain access to original Buddhist classics.

Most Chinese Buddhist temple has a garden featuring a pond for people to set free fish, turtles and other freshwater creatures that they purchased from the market, practising the cultivators’ compassion for life and determination to let go of their possessions.

Mt. Putro is one of the four major Buddhist sites in China, devoting to Bodhisattva Guanyin, the symbol of universal compassion

Charles Smith: AND at the END OF TIMES all will be destroyed by living GOD. WHICH will include VATICAN AND MORMONS LATTER DAY SAINTS JEHOVAH WITNESS. This country was Founded on LIVING GOD, all others are FALSE GODS.

Charles Smith: You of no Faith. When you meet Jesus Christ at the Gate you will FALL TO YOUR KNEES.

chong cen: Hawking’s say there is no god. It’s man, nature and the universe. God is man made to overcome the sense of insecurity in the face of an empty universe.

All Things Chinese: It depends on your definition of god. If you mean the beings more powerful than humans, there are, and plenty of them.

To ants, humans are gods and we can easily put them to death.

But whatever the life form you assume this round, ant, human, a hellish or angelic being, you are the one, and the only one, bearing the consequences of your own actions (karma).

Even when you have surrendered your right to decide how you should think, talk and act to someone else, like poor Charles Smith, you will still be the one to reconcile your karmic balance. No one else can help Charles if he owns a massive karmic debts, not even his God regardless how humbly he goes down on his knees at his gate.

Everyone lives in his own world surrounded by mirrors reflecting his own consciousness. It’s just like everyone working on his own computer while communicating with the world. Whether he wants to download a program and hands over the control on his device to a third party or a hacker is a matter entirely up to him.

If your computer has crashed, you will have to fix it on your own computer, not on the third party or a hacker’s computer.

2 thoughts on “A Brief Introduction to Chinese Buddhist Temples”