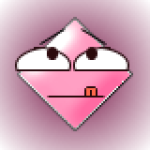 The earliest reference on anti-aging herbal remedy can be found in Yellow Emperor’s Classic Medicine (黄帝内经), one of the four classic works on Chinese medicine written over 2000 years ago:

“The ancients, who knew about the Way of the Universe, closely followed the path of yin-yang, greatly empowered by the arts of transcendence, kept monitoring their diet, consciously regulated their activities and carefully avoided obsession with passion, were able to maintain physical and mental health for a hundred years.”

Of 365 remedies listed in Divine Farmer’s Herbal Medicine (神农本草经), about one third are categorised as having possessed the first-grade anti-aging properties with no or neglectable toxic side effects.

Since the publication of the book, more herbal remedies containing natural antioxidants have been discovered. The following is a brief introduction of the top ten anti-aging herbals with their medicinal values being verified by both traditional Chinese and modern Western medical studies:

These plants can be found in most parts of China along the mountain streams and in valleys with thick shrubs. A fully grown plant could reach more than 4 metres high.

A steamed root possesses a slightly warm nature which brings positive effects to the liver and kidney, while a raw root is milder and helps promote the function of the heart, liver and large intestine.

These herbal plants can be found in the north and east parts of China. They have hairy stems and paired leaflets and are less than a metre tall.

Astragalus has properties of antibacterial, anti-inflammatory and diuretic that helps eliminate fluid from the body, and thus works as a superb remedy to address the problems with the spleen and stomach.

In Chinese medicine, the spleen and stomach are attributed as a pair of Earth agents, with the stomach functioning as yang that converts the food and fluid into tangible nutritious essence (精), and spleen as yin, transforming the nutritious essence into qi, the intangible vital energy (气), and blood. Together, they play the central role in nourishing the body, sustaining individual life and maintaining health and well-being.

Modern studies also confirm that astragalus root possesses the tonic properties that can neutralize the negative effects of damaging free radicals by cell division and dilution, which helps slow down the aging process.

This species of vegetation with fleshy roots that bear a resemblance to a human body grows extremely slow, and can only be found in cold and shady mountain regions in northern China and other northeast Asian countries.

In the Divine Farmer’s Herbal Medicine, ginseng is described as having the power to “nurture five organs, calm emotions, appease spirits, heal anxieties, release decayed energy locked in the body, and improve eye health, mental function and intellectual performance”. “If taking it on a regular basis” – the book says – “it would bring longevity” (补五脏，安精神，定魂魄，止惊悸，除邪气，明目开心益智。久服轻身延年).

An Austrian double-blind study confirmed marked improvement in patients’ mental and intellectual functioning after taking the ginseng remedy. In another study in China conducted by Chinese Medicine researcher Huo Yushu (霍玉书), the effects of ginseng on delaying or even reversing – under some certain conditions and to a certain degree – the aging process (返老还童) were investigated and validated.

Potogenseng is credited in Chinese medicine for being the miracle root. Master herbalist Zhao Xuemin (赵学敏) once compared ginseng and notoginseng and commented in his work Additional Gleaning of An Outline Treatise of Medical Herbs (《本草纲目拾遗》): “While both have the same taste and similar effects, ginseng is a more powerful force for strengthening the vital qi, notoginseng is a more potent agent in improving blood circulation (人参补气第一，三七补血第一，味同而功亦等).

For thousands of years, it has been used in China to assist coagulation of the blood, to stop bleeding, and to increase coronary blood flow.

In An Outline Treatise of Medical Herbs (《本草纲目》), the bible of Chinese herbal medicine, hoo is parsed as being more precious than gold and jade (宁得一把五加，不用金玉满车) for its magic anti-aging effects (久服轻身耐老).

When its anti-fatigue function is considered, it is said to be even more effective than ginseng. Other important functions of hoo include regulating the activities of the nervous system, endocrine system and cardiovascular system.

Ganoderma lucidum, which strengthens liver qi and soothes mind and spirit, is also known as mythic fungus in Chinese, and viewed by many as a magic elixir – food of immortality. (Divine Farmer’s Herbal Medicine 《神农本草经》: “补肝气，安魂魄, 久食，轻身不老，延年神仙”)

It also possesses the properties that help adjust the immune system, and prevent and heal ailments that include tumors, heart diseases, high blood pressure, diabetes, hypersusceptibility and skin problems.

“Wolfberry can strengthen qi, enrich the blood, support yang and boost yin. When taking regularly, it helps obtain strong bones, buoyant body and ageless appearance, and withstand extreme weathers (使气可充，血可补，阳可生，阴可, 久服坚筋骨，轻身不老，耐寒暑)”. The above is the entry in the Divine Farmer’s Herbal Medicine (《神农本草经》) about this beautiful red fruit.

There is no reference to this herb in classical Chinese medicine, as it is a newly discovered natural wonder drug. The research has found only quite recently that it is a powerful remedy to help people remain active in old age.

It is commonly used by Chinese herbal doctors for anti-inflammation, anti-cough, anti-phlegm and anti-aging, and to normalize the metabolism system and lower the cholesterol level in blood and transaminase.

Royal Jelly has a long tradition of use in Chinese medicine as a general tonic, and is highly valued for helping achieve longevity.

A natural complex nutrient, it is produced from the salivary gland of bees, that is rich in vitamins, minerals, essential fatty acids and amino acids including cysteine, lysine and arginine, which aids in digestion, boost the immune system and promote protein synthesis.