A Letter from Mao Zedong’s Son 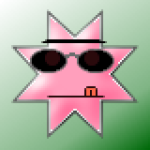 Mao Zedong, one of the chief funders of the Communist Party of China and the founding father of the People’s Republic of China, was a man of vision and courage. His massive social and economic reform project was aiming at creating a new template for a more advanced civilization based on grassroots democracy and mutual cooperation, which if succeeds, shall not only help China to rejuvenate but assist the entire humanity to entering a brand new era.

Here is a letter by his son Mao Anying which gives a glimpse of how this new civilization shapes people’s mentality and relationships.

A Letter from Mao Zedong’s Son

The original letter has six pages, here are the photo images of three pages that are credited to amateur relic collector Wang Jinchang  (王金昌).

Mao Anying was born in 1922. At the age of 8, he accompanied his mother to prison when she was arrested by the Nationalist Party government and later to the execution field where she was killed.

From 11 to 17, he and his younger brother became homeless, slept on Shanghai streets at night and sold newspapers during the day to exchange for food.

In his early 20s, he joined the Red Army fighting against Nazi troops in Europe.

At 28 he went to the frontline in North Korea when America tried to bring the war to China’s doorsteps and subsequently fell on the battleground.

The following is a letter from Mao Yanying to his cousin. The letter was dated 24 October 1949, weeks after his father became the supreme leader of the newly established PRC.

English Translation of the Excerpt from the Letter

My uncle wishes my father to help him to secure a position in the Changsha government office, which makes me feel terribly embarrassed for him. We are now in a new era, and the old social custom that one could expect to be elevated to prominence through personal relationships is outdated. One among many things that set the new China and the old China, the CPC and the Nationalist Party, Mao Zedong and Chiang Kai Shek, and Mao Zedong’s relatives and Chiang Kai Shek’s relatives world apart is that when Chiang and his government consider it is all right to seek special benefit for themselves and their families, we think it’s plainly wrong. The time when the ruling group can enjoy privileges in society has gone and gone forever. Now is an era when everybody is fundamentally equal and no one should live at other people’s expense. In this regard, Chinese people have already won a critical battle. But my uncle doesn’t seem to have comprehended the change, and I just hope he will understand it soon, otherwise, he might not be able to keep up his pace with the rest of the nation. Our fighting for freedom is not just to liberate a special few, but all people in the country. The problems you’ve experienced in life need to be resolved, but you should not expect to receive special treatment, for the public interest must be taken into first consideration. In my personal view, my uncle’s promotion cannot be arranged, and I will write a letter to let him know what I think.

The Nationalists always accuse Communists of being cold-blooded robots. If they refer to the fact that we do not seek to help our own relatives and friends to make money and gain fame, yes, we are exactly what they are accused of. But we are not cool-blooded. We love our people, especially the ordinary Chinese who work hard but live rough. And we love our parents, children, sponsors and relatives, and love them dearly, but that should not be used as an excuse to seek privilege.

I love my grandma, and I guess she must be very upset with me right now for refusing to take special care of our extended family. I have no choice but to endure her wrath because I’m just an ordinary member of a great organization and I’m not in the position and have no right to do something that betrays CPC’s principles. As for my father, he is the strongest opponent to this old practice and regards it as being unfair and unjust.

I believe you’ve already begun to work on your new job. My suggestion is to start out at the bottom level, learn from others, and don’t try to bite off more than what you can chew. I didn’t know this basic life wisdom before and thus experienced many setbacks. Now I have become a bit wiser in terms of how to better serve our people.

Serving people is a thing easy to say than to do, particularly for someone like us who has read a few books, therefore, tends to think we know almost everything under the sun, which makes our ego easily inflated and from time to time we would get above ourselves.

Mao Anying and his wife Liu Siqi. He went to Korea shortly after their wedding and subsequently died on the battlefield of the Korean War.